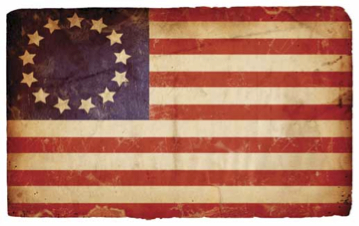 2. Only John Hancock actually signed the Declaration of Independence on July 4, 1776. All the others signed later.

3. The Declaration of Independence was signed by 56 men from 13 colonies.

4. The average age of the Signers of the Declaration of Independence was 45. The youngest was Thomas Lynch, Jr (27) of South Carolina.   The oldest delegate was Benjamin Franklin (70) of Pennsylvania. The lead author of The Declaration, Thomas Jefferson, was 33.

5. One out of eight signers of the Declaration of Independence were educated at Harvard (7 total).

6. The only two signers of the Declaration of Independence who later served as President of the United States were John Adams and Thomas Jefferson.

7. The stars on the original American flag were in a circle so all the Colonies would appear equal.

8. The first Independence Day celebration took place in Philadelphia on July 8, 1776. This was also the day that the Declaration of Independence was first read in public after people were summoned by the ringing of the Liberty Bell.

10. Presidents John Adams, Thomas Jefferson and James Monroe all died on the fourth of July. Adams and Jefferson (both signed the Declaration) died on the same day within hours of one other in 1826.

11. Benjamin Franklin proposed the turkey as the national bird but was overruled by John Adams and Thomas Jefferson, who recommended the bald eagle.

12. Fireworks are part of the tradition of celebrating this national holiday. The U.S. imported $227.3 million worth of fireworks from China in 2012. U.S. exports of fireworks, by comparison, came to just $11.7 million in 2012, with Israel purchasing more than any other country ($2.5 million).

17. Barbecue is also big on Independence Day. Approximately 150 million hot dogs and 700 million pounds of chicken are consumed on this day.

18. Every 4th of July the Liberty Bell in Philadelphia is tapped (not actually rung) thirteen times in honor of the original thirteen colonies. 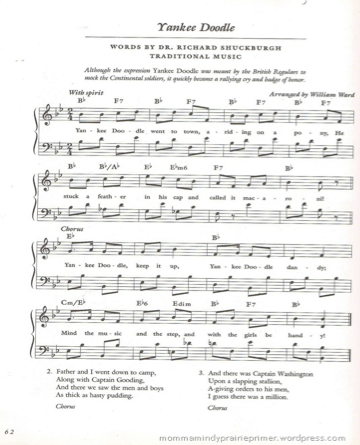 19. Traditions place the origins of Yankee Doodle  as a pre-Revolutionary War  song originally sung by  British  military officers to mock the disheveled, disorganized colonial Yankees  with whom they served in the  French and Indian War. It is believed that the tune comes from the  nursery rhyme  Lucy Locket. One version of the Yankee Doodle lyrics is generally attributed  to Doctor  Richard Shuckburgh,a  British Army  surgeon. According to one story, Shuckburgh wrote the song after seeing the appearance of Colonial troops under Colonel  Thomas Fitch, V, the son of Connecticut Governor Thomas Fitch.[2] 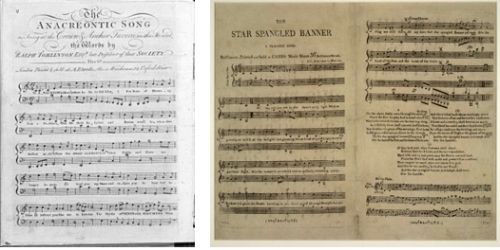 20. The tune of the National Anthem was originally used by an English drinking song called to Anacreon in Heaven.  The words have nothing to do with consumption of alcohol but the melody that Francis Key had in mind when he wrote those words did originate decades earlier as the melody for a song praise of wine.  http://www.colonialmusic.org/Resource/Anacreon.htm